Today I am going to provide some details on the last item in my list of problems with Oracle's way of MySQL server development, maintenance of MySQL Manual. I stated that:


"MySQL Manual still have many details missing and is not fixed fast enough.
Moreover, it is not open source..."

Let me explain the above:
There are more problems with MySQL documentation (not only reference manual), but at the moment I consider 3 highlighted and illustrated above the most serious.

As a side note, it's not the first time I write about MySQL Manual. You can find some useful details in the following posts:
As a yet another side note, I tried once to create a kind of community driven "missing manual" project, but failed. Writing manual from scratch is a (hard) full time job, while my full time job is providing support to users of MySQL, MariaDB and Percona software...

That said, I also wanted to join MySQL's documentation team in the past, but this was not possible at least because I am not a native speaker. If anything changed in this regard, I am still open to a job offer of this kind. My conditions for an acceptable offer from Oracle are known to all interested parties and they include (but are not limited to) at least 4 times the salary I had before I quit (it was almost 6 years ago) and working for Oracle's office in Paris (because in Oracle office you ere employed by formally matters a lot for your happiness and success as employee).

On Oracle's QA for MySQL

In my recent blog posts I presented lists of bugs, fixed and not yet fixed, as usual. Working on these lists side tracked me from the main topic of this summer - problems in Oracle's way of handling MySQL. Time to get back on track!

Among things Oracle could do better for MySQL I mentioned QA:


"Oracle's internal QA efforts still seem to be somewhat limited.
We get regression bugs, ASAN failures, debug assertions, crashes, test failures etc in the official releases, and Oracle MySQL still relies a lot on QA by MySQL Community (while not highlighting this fact that much in public)."

I have to explain these in details, as it's common perception for years already that Oracle improved MySQL QA a lot and invests enormously in it, and famous MySQL experts were impressed even 5 years ago:


"Lets take a number we did get the QA team now has 400 person-years of experience on it. Lets say the QA team was 10 people before, and now it is tripled to 30 people. That means the average QA person has over 13 years experience in QA, which is about a year longer than my entire post-college IT career."

I was in the conference hall during that famous keynote, and QA related statements in it sounded mostly funny for me. Now, 5 years later, let me try to explain why just adding people and person-years of experience may not work that well. I'll try to present some examples and lists of bugs, as usual, to prove my points.
To summarize, for me it seems that real MySQL QA is largely still performed by MySQL Community and in public, while the impact of hidden and maybe huge Oracle's investments in QA is way less clear and visible. Oracle's MySQL QA investments look like those into the Emirates Air Line cable car in London to me - the result is nice to have, but it's the most expensive cable system ever built with a limited efficiency for community as a public transport.
Posted by Valerii Kravchuk at 2:28 PM 5 comments: 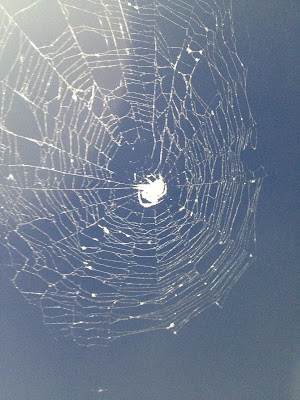 As usual, I am interested in InnoDB-related bugs:
Replication problems are also important to know about:
Some optimizer bugs also caught my attention:
The last but not the least, documentation bugs. We have one today (assuming I do not care that much about group replication):
That's all for today, folks! Stay tuned.
Posted by Valerii Kravchuk at 4:53 PM 3 comments: