On InnoDB Data Compression in MySQL

Another story that I've prepared back in April for my meeting with one of customers in London was a "compression story". We spent a lot of time on it in several support issues in the past, with only limited success.

In case of InnoDB tables, there are actually two ways to compress data (besides relying on filesystem compression or compressing individual columns at server or application side). Historically the first one was introduced by the Barracuda InnoDB file format and ROW_FORMAT=COMPRESSED it supported. Notable number of related bugs were reported with time, and it may be not that easy to identify them all (you can find current list of bugs tagged with "compression" here). I've picked up the following bugs for my "story":
Transparent Page Compression for InnoDB tables was added later and looked promising. If you are lucky to use filesystem with sparse file and hole punching support and proper OS or kernel version, then you could expect notable saving of disk space with very few additional keystrokes (like COMPRESSION="zlib") when defining the table. Different compression libraries were supported. Moreover (see here), only uncompressed pages are stored in memory in this case, and this improved the efficiency of buffer pool usage. Sounded promising originally, but there are still bugs to consider:
That's almost all I prepared for my "compression story". It had to be sad one.

What about the moral of the story? For me it's the following:
This story could probably be shortened to just one link to the summary post by Mark Callaghan from Facebook (who studied the efficiency of data compression by various engines a lot, among other performance metrics), or by simple statement that if you want data to be compressed efficiently at server side do NOT use current InnoDB implementations and better use RocksDB engine (with MariaDB or Percona Server if you need other modern features also). But I can not write any story about MySQL without referring to some bugs, and this is how I've ended up with the above.

What if you just switched to MySQL 8.0 GA and need some new features from it badly? Then just wait for a miracle to happen (and hope Percona will make it one day :)
Posted by Valerii Kravchuk at 3:51 PM 2 comments:

On Partitioning in MySQL

Back in April I was preparing for vacations that my wife and I planned to spend in UK. Among other things planned I wanted to visit a customer's office in London and discuss few MySQL and MariaDB related topics, let's call them "stories". I tried to prepare myself for the discussion and collected a list of known active bugs (what else could I do as MySQL entomologist) for each of them. Surely live discussion was not suitable to share lists of bugs (and for some "stories" they were long), so I promised to share them later, in my blog. Time to do what I promised had finally come!

One of the stories we briefly discussed was "partitioning story". Right now I can immediately identify at least 47 active MySQL bugs in the related category.  While preparing I checked the same list and picked up 15 or so bug reports that had to illustrate my points. Let me share them here in no specific order, and add few more. 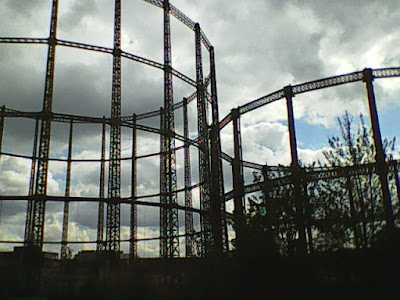 Recently two more bugs were reported. Reporter of Bug #91190 - "DROP PARTITION and REORGANIZE PARTITION are slow" suspects a performance regression in MySQL 8.0.11. I've subscribed to this bug and is following the progress carefully. Same with Bug #91203 - "For partitions table, deal with NULL with is mismatch with reference guide". I think what happens with NULL value and range partitioning perfectly matches the manual, but the fact that INFORMATION_SCHEMA.PARTITIONS table may return wrong information after dropping partition with NULL value is somewhat unexpected.

Now back to the original lists for the "story" I prepared in April:
I also prepared a separate small list of partition pruning bugs:
Does this story have any moral? I think so, and for me it's the following:

Posted by Valerii Kravchuk at 8:21 PM No comments: